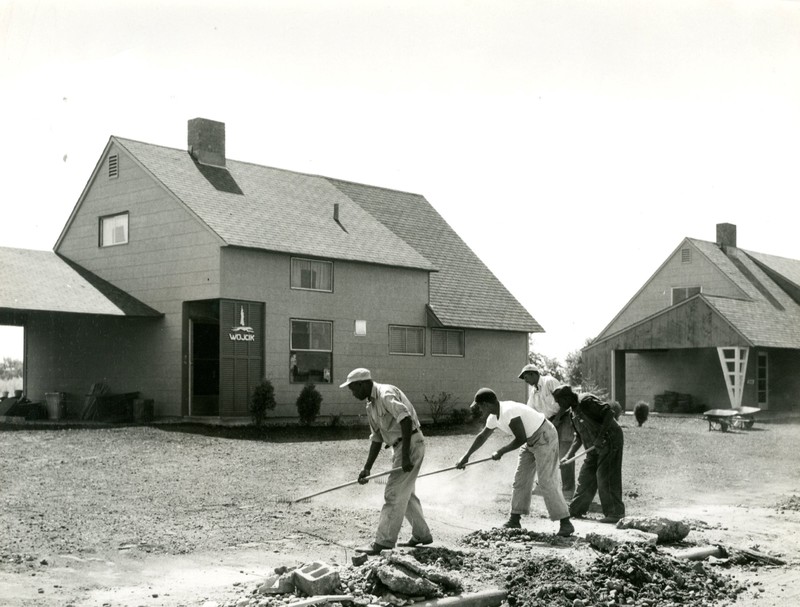 Work crews working on the lawns outside of completed Levittown homes.

The Levitt homes were built using the now-refined techniques the company employed during the war. William Levitt had broken down the process of building each home into twenty-six separate operations, beginning with laying the concrete foundation and ending with a clean sweep of the finished house. He once claimed that what Levitt & Sons did was “home manufacturing,” not house building.

The process was unique to home construction, but had precedent in other fields. William Levitt described it as, “I simply revised the Detroit automobile formula where the product moves and the men stand still. In our case, the men move and the product stood still.”

The building crews were specialized, with each group trained to do one job. The foundations crew did nothing but lay the houses’ foundations, while the painting crews painted and nothing else. The result of this specialization was workers who did their jobs better and faster, leading directly to lower costs that manifested in the most competitively priced houses in any state at the time.