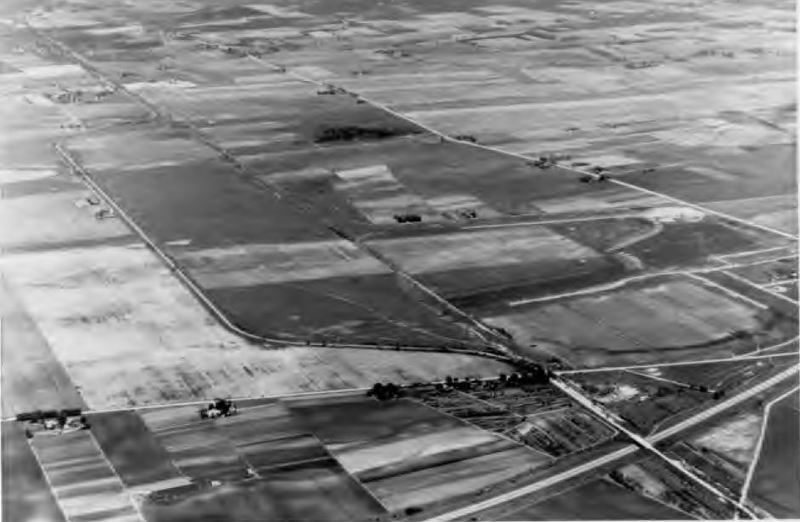 Aerial photograph of Island Trees area prior to the construction of the Levitt & Sons development.

Levitt & Sons needed land to realize their dream, and their gaze turned towards the wide-open spaces of the Hempstead Plains. This area was known as Island Trees, a name going back to at least 1747. The area was a collection of potato fields in a largely undeveloped farming community. Levitt & Sons began buying up the land in Island Trees and announced their intention to create a large housing development in the area in 1947.

The development was to be a “stabilized community,” a neighborhood that featured restrictive covenants for residents, zoned shopping areas, and recreation facilities.

Levitt & Sons won permission from the Hempstead Town Board to build cellarless houses situated atop radiant-heated cement slabs, despite the necessity of the town board changing building restriction to do so. The company broke ground on the development in the spring of 1947.