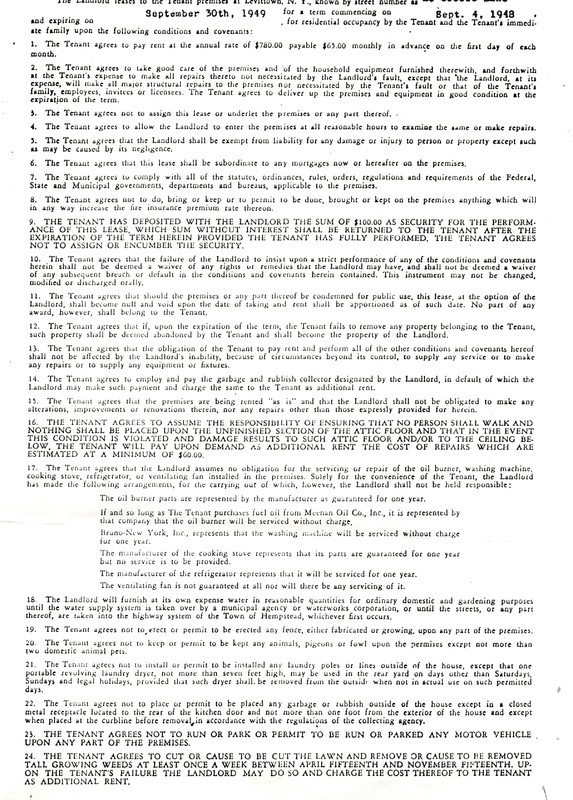 The first page of a lease agreement for a Levittown home with covenants the tenant agreed to abide by during his occupancy of the home. 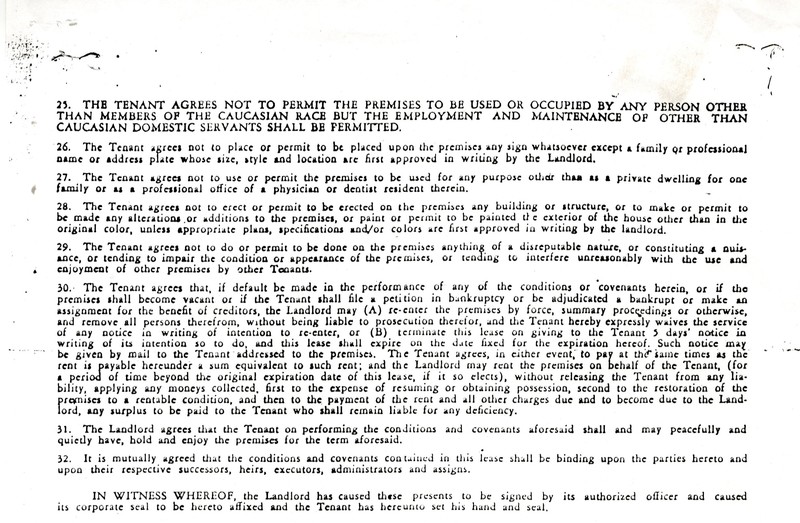 The second page of a Levittown lease agreement.

From the onset, Levittown catered to veterans returning from the war and looking to start families. The US government had passed legislation to assist these veterans. This legislation created programs to subsidize veteran homeowners with mortgage guarantees and income tax deductions.

Fortune magazine reported that the income limits of the average family during this period was a $7000 mortgage with monthly payments of $60. This was the exact price of a Levittown home for veterans with 100% government-guaranteed financing.

Until the early 1950s, the Levittown homes were sold exclusively to veterans. While this helped the community grow, it also saddled it with the reputation of being a place of identical people living in identical houses.

Despite that criticism, veterans and veteran groups lauded Levitt & Sons for their efforts. For some, Levittown was “a community where harassed veterans could take hold of life once more.” It was a place where they could be supported in their “transition from uncertain war veterans into mature husbands and fathers.” The image of identical people living in identical houses wasn’t too far from the truth in some regards. Buyers had to agree to strict covenants before moving into the new community. Some of the covenants were tame, even quaint, by modern standards, but others less so.

Ostensibly, the covenants were aimed at creating a distinctive community far removed from the congested city. In essence, they were intended to teach former city-dwellers how to become model suburban residents. The covenants required weekly lawn mowing, for example, and prohibited hanging laundry outdoors on Sundays. But not all clauses were so prosiac.

African-Americans were banned from initially buying homes in the development, and the covenants explicitly prevented white home owners from reselling their homes to African-Americans. It wouldn’t be until 1957 that the first black family moved into Levittown.