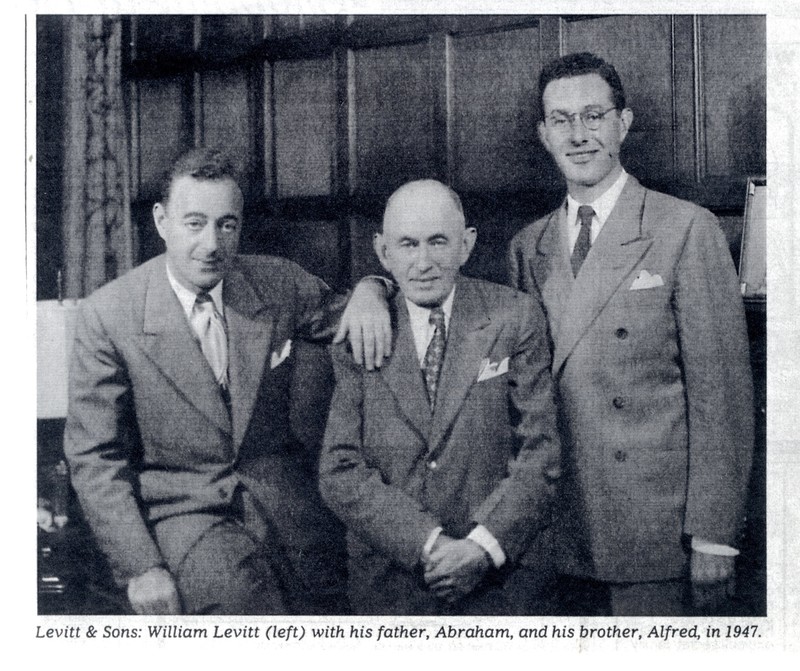 Levitt & Sons: William Levitt (left) with his father, Abraham, and his brother, Alfred, in 1947

Levittown owes its existence to three men: Abraham Levitt, a wealthy Brooklyn lawyer with an interest in horticulture; and his two sons, William and Alfred. William was the salesman of the family, and would later become the public face of the Levitt legacy. Alfred was a family architect and designer. Although he was untrained in these fields, he demonstrated a knack for creating homes that incorporated utopian ideals with economic sensibilities.

Levitt & Sons was founded in 1929 in Rockville Center. The company built a single home on a plot of land owned by the Levitts. The home sold for over $14,000 and the company’s first success soon had them dreaming bigger.