News for a New Community 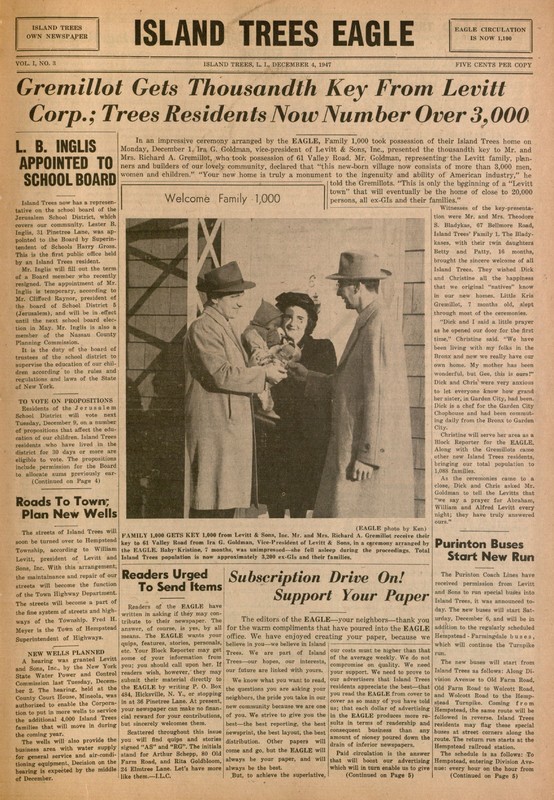 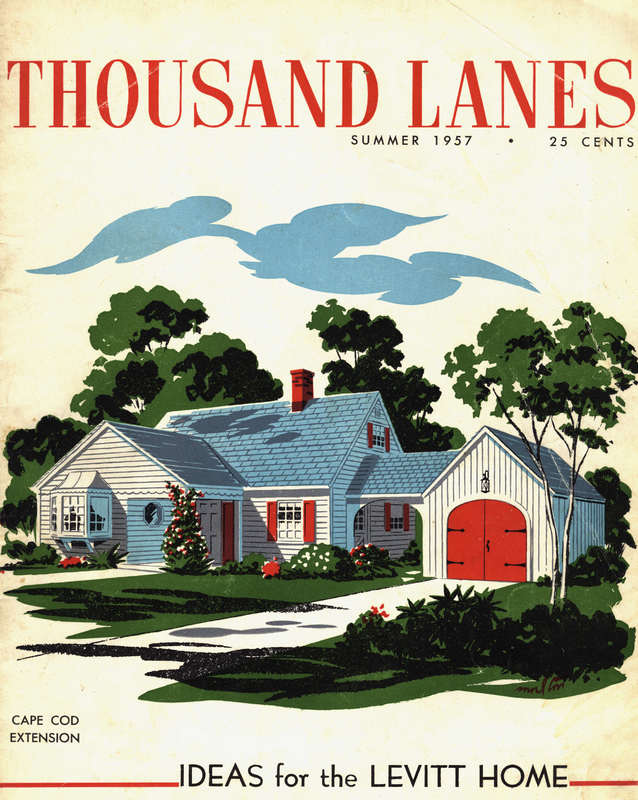 The cover of the Summer 1957 issue of Thousand Lanes magazine

The late 1940s and early 1950s was a period when newsprint was still an important news source. The television was slowly making itself at home in living rooms across the country, but its ascendency as the main source of information on current events hadn’t yet occurred. The residents of Levittown needed a reliable news outlet to inform them of events happening both outside their newborn community and in their own backyards.

This “distortion of facts” referred to several developments that occurred in the months prior to the newspaper’s purchase; the Levitts decided to rename the community of Island Trees to Levittown in their honor, which some residents opposed; a proposed rent hike; and the move towards divesting the community of rental units in favor of home sales. When the Tribune became Levitt-controlled, the company stopped providing the Eagle with press releases, a move which stirred the Eagle, formerly pro-Levitt, to take a more antagonist stance against the company. The Eagle ultimately ceased publication in 1953, but the Levittown Tribune remains in print to this day.

Levittown, itself a unique community, was also responsible for a unique magazine. Thousand Lanes was billed as “the magazine for the Levitt homeowner.” It was never intended to be a news source, but instead initially featured articles, short stories, humor pieces, cartoons, gardening columns, community calendars, and other items of interest to Levittown’s residents, who were “within the same age bracket, in similar income groups, live in almost identical houses and have common problems.” Thousand Lanes was published monthly, beginning in November of 1951, but the magazine's initial run was short and publication ceased after the first year.

Thousand Lanes was relaunched in the fall of 1955 as a quarterly publication. With its new schedule, the magazine also changed its format. The magazine now focused on “Ideas for the Levittown Home.” It contained showcase articles on how Levittown residents modified their Levitt homes, informative pieces of landscaping, home improvement, and other facets of homeownership in Levittown.

Thousand Lanes eventually began looking beyond Levittown, expanding its coverage to include broader home and house-related content appealing to suburban Long Islanders no matter where they lived. It changed its subtitle to “Ideas for the Long Island Home” to reflect this larger coverage. In time, the “Thousand Lanes” name was dropped from the masthead and the magazine continued publication as Long Island Home.