"The Fair: Four Months to Go" 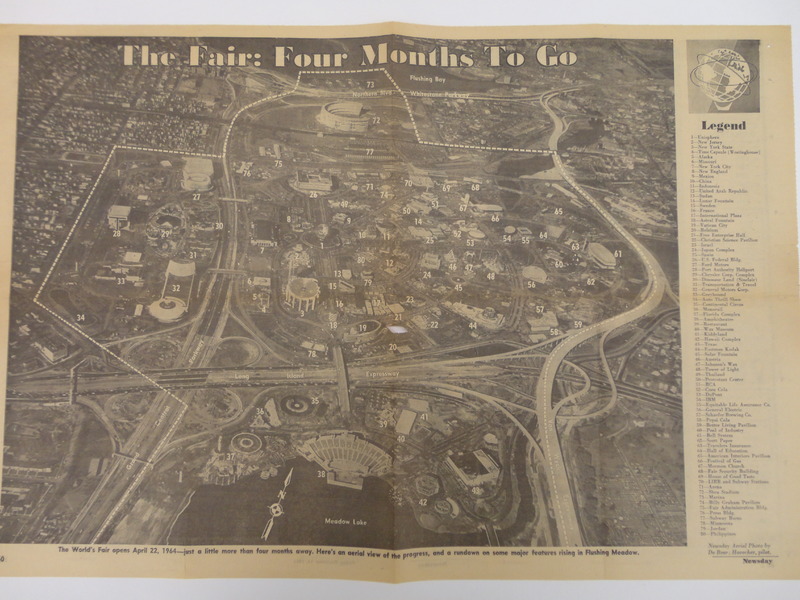 The transformation of Flushing Meadows, Queens, into a fairground for the second time was an exciting and captivating event not only for those who remembered the 1939 fair, but for those who hoped to witness the occasion first hand. This map, provided by Newsday on December 13th, 1963, before the fair's opening displays the progress of the construction of the fairground from an aerial view. The Unisphere, New York State and New York City Pavilions can still be seen from passerby on the Long Island Expressway or the Grand Central Parkway, the latter of which Robert Moses had widened before the fair's opening to accommodate overflow traffic from visitors.