1939 World's Fair Certification of the Budget 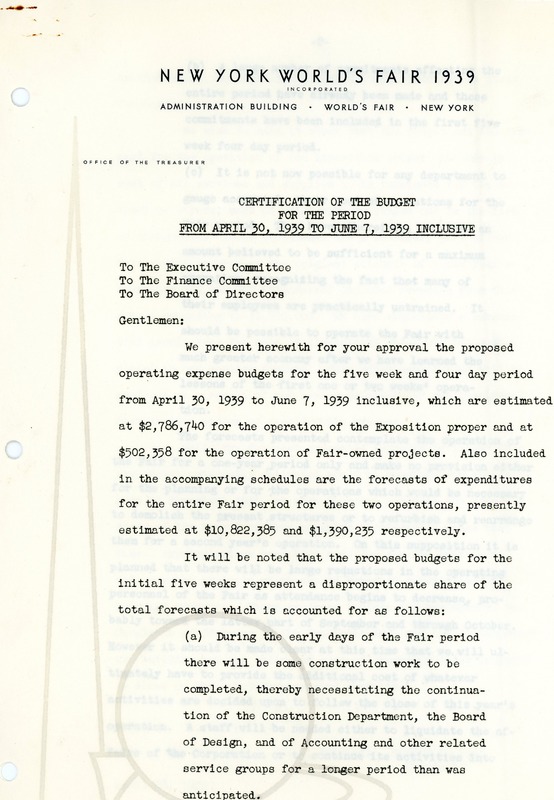 Such a large undertaking as the hosting of a World's Fair demands intricate planning and visionary thinking. This document details the budget for the upcoming 1939 World's Fair to be held in Flushing Meadows Park. The fair was originally petitioned by a group of retired New York City policemen in 1935 who sought a way to lift their city out of the Great Depression. This document shows just how dramatic an economic undertaking the fair was. Attracting over 45 million visitors, it eventually generated roughly $48 million in revenue. Since the Fair Corporation had invested 67 million dollars, however, it was a financial failure by its end in 1940, and the Fair Corporation would be forced to declare bankruptcy.