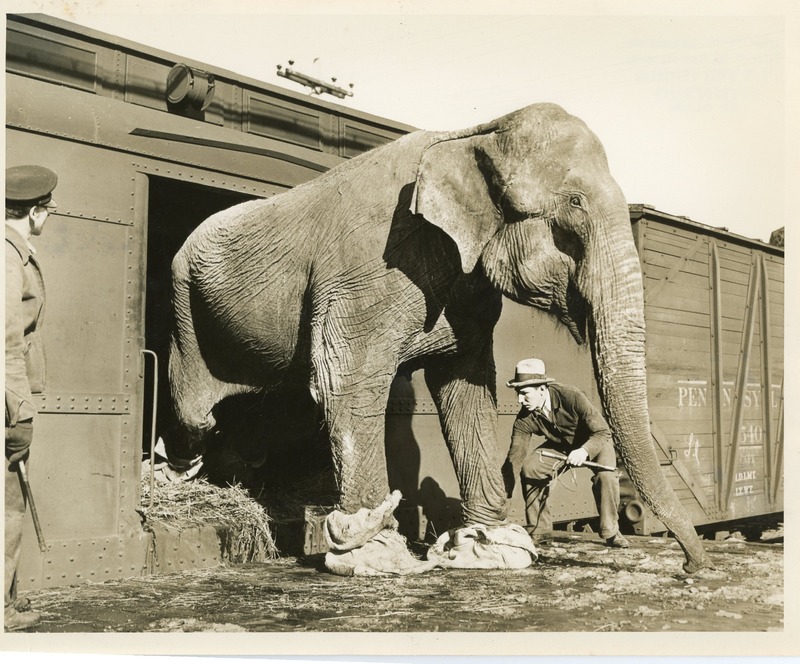 An international celebrity in the 1930s and 1940s, Frank Buck's exploits on safari in Africa and beyond made him a legendary figure. His motto, in reference to wild jungle animals, was "Bring 'em Back Alive," and in so doing he created a famous menagerie and zoo in Massapequa, Long Island. Using the past success of his exhibit at the 1933 World's Fair in Chicago as motivation, Buck arranged to bring his jungle to the New York World's Fair in 1939. The attraction known as "Frank Buck's Jungleland" contained thousands of rare specimens of birds, reptiles and wild animals, including a trio of performing elephants. Pictured is one such elephant being unloaded from a cargo train by Buck's assistants. 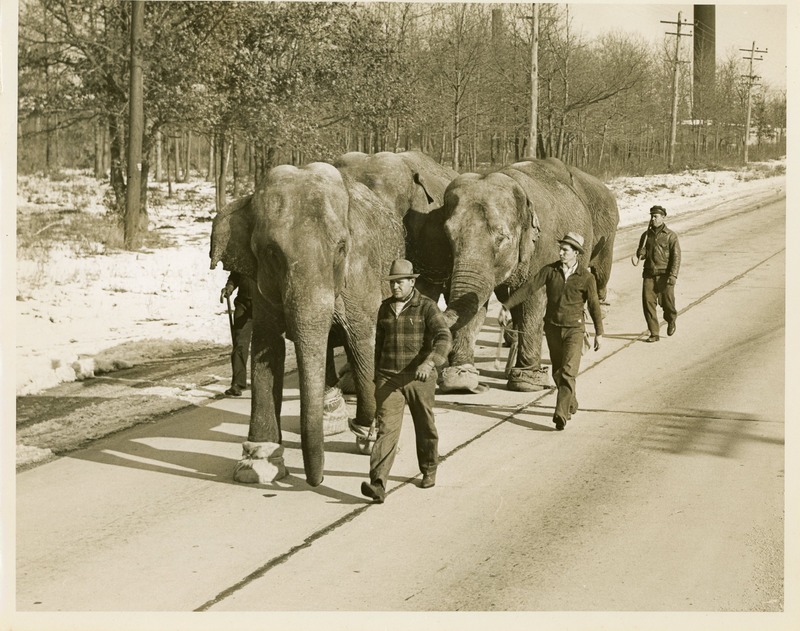 The trio of talented elephants is shown here walking down a snow-covered road en-route to a show. 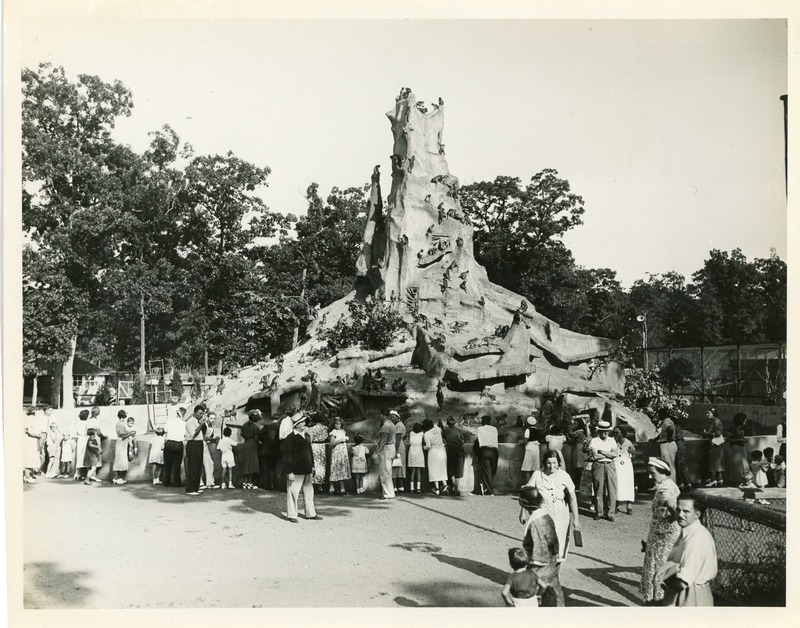 Shown here is one of the most popular attractions at Frank Buck's Jungleland and the 1939 World's Fair,"Monkey Mountain," an 80 foot structure that was home to approximatley 600 monkeys. Frank Buck himself can be seen in the foreground in the dark jacket and light hat.