The Government Zone at the 1939 World's Fair 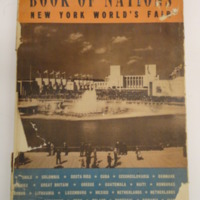 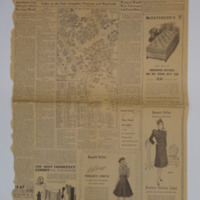 What better way to inspire international cooperation than an exhibition of dozens of countries' greatest strengths and characteristics? This was the motivation behind the Government Zone, as it was for World's Fairs past and future.

Above left is Book of Nations: New York's World’s Fair by William Bernbach, published in 1939 to serve as a companion to the Government Zone of the fair. Above right is a newspaper article dated August 27th, 1939, from the New York Herald Tribune. While it documents the popularity of the Government Zone, stating that attendance rose sharply, it also contains a complete program and map guide titled "Today at the Fair," which was an ongoing day-by-day feature in the publication to aid visitors.

The Government Zone was divided into three sections. The first contained the stand-alone pavilions for individual countries. The second section surrounded the Lagoon of Nations, and was made up of seven groups of buildings collectively known as the "Hall of Nations." This contained separate exhibit halls for each country to showcase its works. The third section of the Government Zone was the Court of States, and was especially popular with foreign visitors.