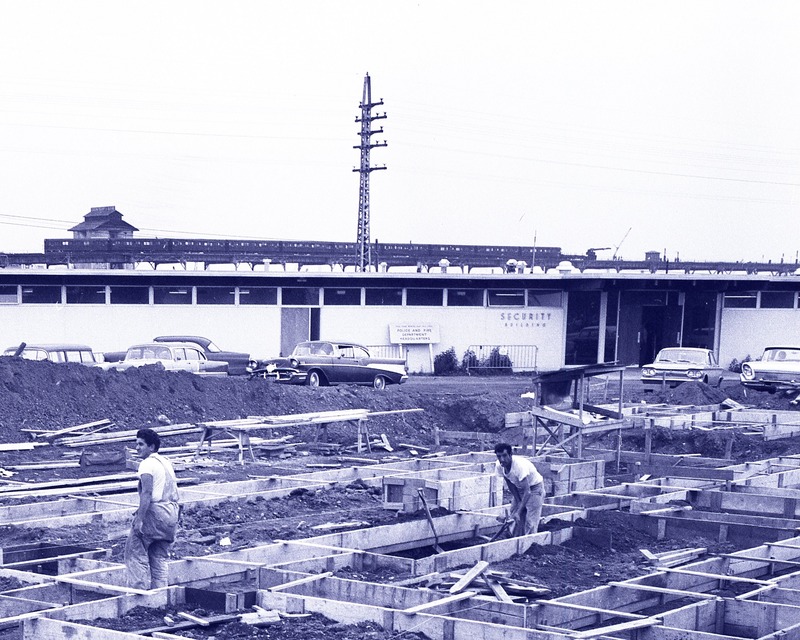 Embodying the architect’s ideals of functionality and innovation, the "Contemporary House," designed by Jack Pickens Coble, became one of the highlights for both everyday fairgoers and design enthusiasts. One of three model houses at the fair under the "House of Good Taste" Pavilion, Coble's stood out as the definition of 1960s interior design. In the accompanying photo, the "Contemporary House" is being built, with the Security Building in the background. 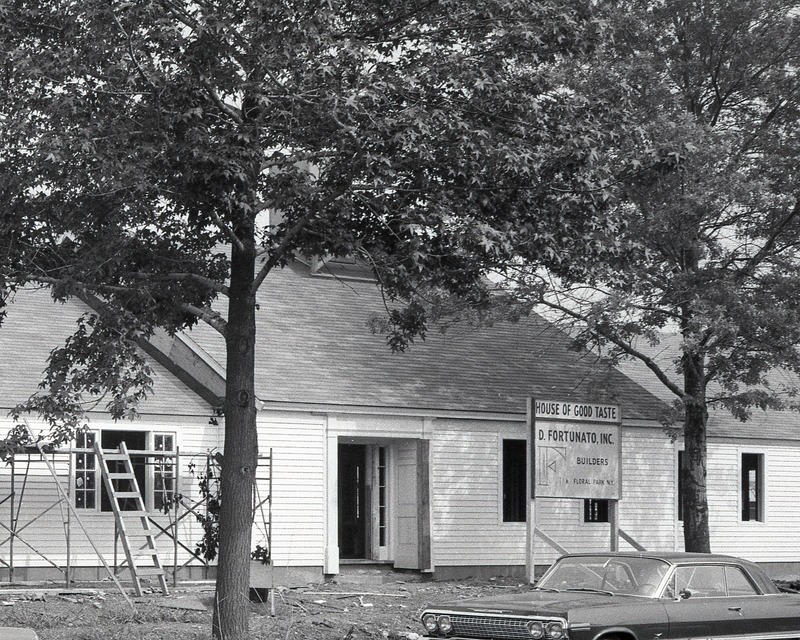 "The House of Good Taste" Pavilion at the 1964 World's Fair housed Coble's "Contemporary House,” as well as a colonial style home designed by Royal Barry Wills and a centrally-planned house by Edward Durell Stone. Though none of the trio of home designs were thought of as innovative as those shown at the 1939/40 Fair,  they became something of a symbol of pre-existing 1960s style. This photograph shows the pavilion close to its exterior completion.

← "Our Fair City: a map guide to New York City prepared for visitors to the 1964-65 World's Fair as a service of the Chase Manhattan Bank"
Walt Disney and Technological Innovation at the 1964 New York World's Fair →
The Jack Pickens Coble Home and the "House of Good Taste" Pavilion