The Trylon and Perisphere 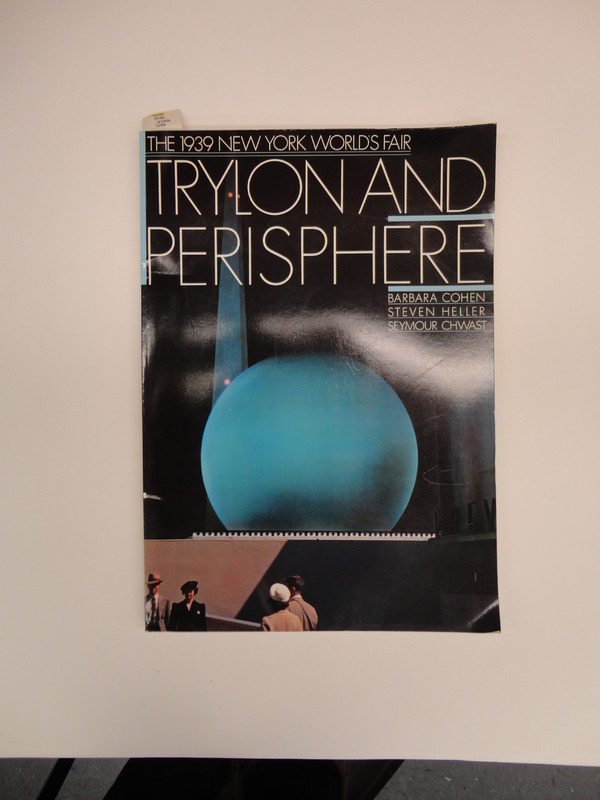 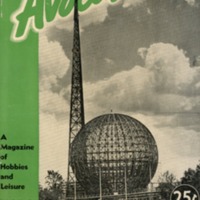 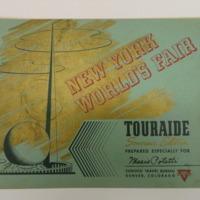 Symbolizing "the global aspirations of democracy and of commercial and industrial enterprise" on the eve of World War II (Trylon and Perisphere, pictured above left), the most famous symbols of the 1939 New York World's Fair were the Trylon and Perisphere, located at the Theme Center of the fair. The Trylon was over 700 feet tall, and resembled the Washington Monument. The opening of the fair, after all, marked the 150th anniversary of the first president's inauguration. The Perisphere was a globe-like structure entered by a moving stairway and exited via a grand curved walkway called the "Helicline." Inside was a model city of tomorrow that could be seen from a moving walkway high above the floor level. The Theme Center was designed by the architects Wallace Harrison and Max Abramovitz.

Above middle is the December 1938 edition of Avocations, which shows the Trylon and Perisphere in their early, skeletal state.

Above right is the souvenir edition of a Touraide, with the Trylon and Peisphere on the cover.