This exhibit contains original memorabilia, print materials, photographs, and ephemera from The New York World's Fairs of 1939 and 1964. It was created to commemorate and celebrate the 75th and 50th anniversaries, as of spring 2014, of these two monumental events that both shaped Long Island history and reflected the issues and innovations of their times.

Flushing, Queens became the epicenter of global culture when it played host to the New York World's Fair in 1939 and again in 1964. These two events would forever change the perception of the future to the masses, as well as bring fame to a formerly quiet suburb of New York City.

The 1939 fair promised a glimpse into "the World of Tomorrow," attracting over 40 million visitors before its closing. Flushing Meadows was transformed from an ash dump into one of the most visited spots in the country, thanks to Long Island master builder Robert Moses. It was the second largest American world's fair of all time, and was the first to take on the ambitious theme of the future. As described in the official pamphlet of the fair which can be seen in this exhibit, "The eyes of the Fair are on the future — not in the sense of peering toward the unknown nor attempting to foretell the events of tomorrow and the shape of things to come, but in the sense of presenting a new and clearer view of today in preparation for tomorrow; a view of the forces and ideas that prevail as well as the machines." Though it promoted peaceful international relations, the fair became overshadowed due to global politics and the onset of World War II.

When the fair returned to Flushing Meadows-Corona Park in 1964, the theme became one of international significance. With the tagline "Peace Through Understanding," the fair's sentiment was symbolized by a 12-story high, stainless-steel globe called the "Unisphere," which can still be seen in its present location today. Best known for its demonstration of American culture and innovation, the fair famously displayed elements of the Space-Age. The achievements of Walt Disney were also present at the fair, with his ride "It's a Small World" becoming an instant hit.

Today, though the fairground is largely destroyed and dismantled, the New York World's Fairs of 1939 and 1964 hold special meaning for all Long Islanders and students of American cultural history.

Hofstra University shares deep connections with both New York World's Fairs, demonstrating a further link between these events and Long Island History. Aymar Embury II, the campus architect for Hofstra in the 1950s, was also responsible for the design and construction of the New York City Pavilion at the 1939 fair, which now houses the Queens Museum of Art. Hofstra would again be present when it had its own presentation at the 1964 fair, a photograph of which can be seen at the conclusion of this exhibit.

Through this exhibit, it is our hope that viewers come to appreciate and celebrate the importance of the New York World's Fairs to both local history and the cultural heritage of America.

To view items in this exhibit, simply click on one of the item titles in the list on the right hand side of this page.

This exhibit was created and organized by Elise Barbeau. 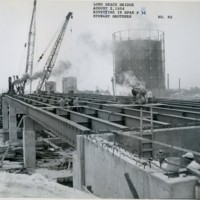 Long Island has transformed many times over the last 200 years; from an agricultural identity to, most recently, a suburban one. Evidence of these transformations are visible in the types of businesses Long Islanders pursued. In 1820, for instance, only 5% of the population lived in what the census termed "urban" areas and the remaining 96% lived on farms. Agricultural pursuits accounted for most families' income. As the transformation of the area took shape, from a mostly agricultural way of life to a more industrialized one, many businesses flourished and then ceased to exist. As an example, during the last several decades of the 1800s and through the 1960s duck farms were a source of income for many on Long Island and were producing about 7.5 million ducks a year for the restaurant industry. By the late 1960s, the duck farms either moved away or went out of business due to environmental concerns or reduced need. Other examples include the aviation industry, general stores, small theaters and summer resorts, and hotels. Not many residents today know much about these once thriving local industries.

The Long Island Studies Institute has undertaken efforts to preserve the records of many of these businesses and industries, providing researchers, scholars, and students alike the opportunity to peer into Long Island’s past and learn about the thriving enterprises that helped shaped the communities and landscapes we know today. The Long Island Business and Industry Catalog project was launched to gather information about the business-related collections housed at the Institute in a single portal, presenting patrons with an overview of the records available through the LISI. Nearly forty business and industry collections are listed in this catalog, ranging from a small general store and grocery in Sag Harbor at the end of the 19th century to the hugely influential Grumman Aerospace Corporation which helped put humanity on the Moon.

These collections include documents and artifacts running the gamut from everyday business records such as account ledgers and day books, photographs, video recordings, theatrical programs, business cards, personal and business correspondence, artifacts including pins, lace samples, ashtrays and matchbooks, menus, trading cards, bottles, corkscrews and bottle openers, and other paraphernalia related to Long Island’s business and industries both past and present. The catalog is readily searchable using the search bar to the left of each of the catalog’s pages, allowing ease-of-use to patrons. A PDF index of the catalog’s collections, organized by both subject and location is provided here as well for browsing on and offline.

The Long Island Business and Industry catalog was made possible by a grant from the Robert D.L. Gardiner Foundation and with the assistance and resources of Hofstra University. For more information on the Long Island Studies Institute or to make arrangements to examine any of the collections listed in the Catalog, please contact the LISI via telephone at 516-463-6411 or by email at lisi@hofstra.edu.

Levittown: The Birthplace of Suburbia 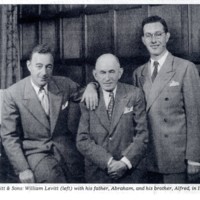 From the beginning, Levittown had divided opinions. Residents lauded it as a place that allowed them to realize the American Dream when nowhere else would. Critics lambasted it as a sign of terrible times to come. The truth likely lies somewhere in between. Yet despite the dreams and controversy, Levittown endures. With its longevity, it has proven to be both a lasting part of American cultural history and the legacy of the Levitt family.

This exhibit examines the circumstances, people, and methodology that created the historical community out of empty potato fields in Nassau County. 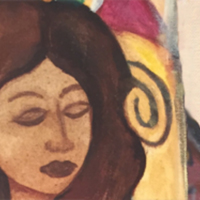 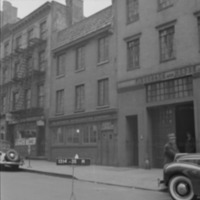