Paula Chirinos as a child 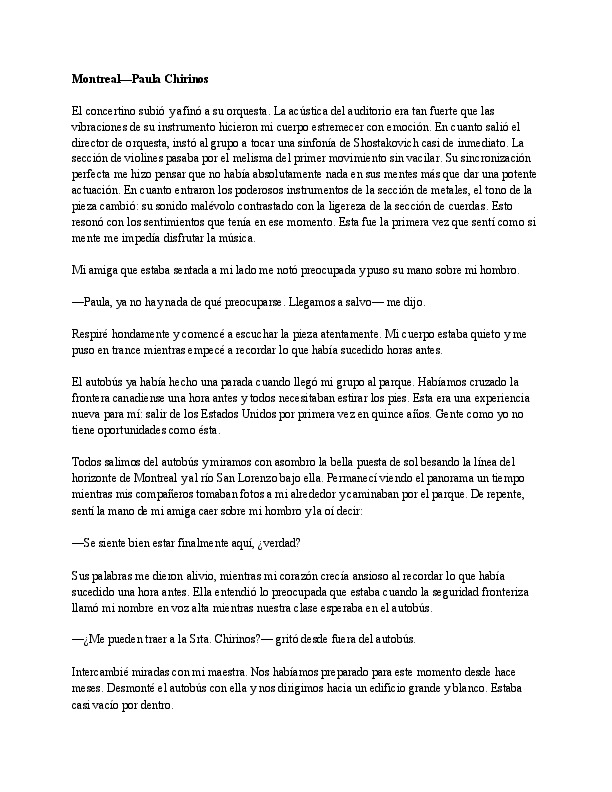 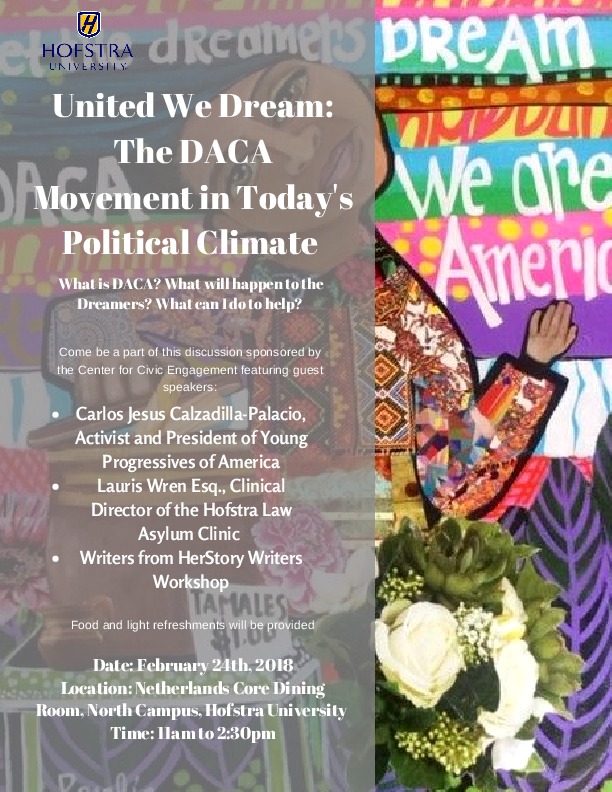 The concertmaster went up and tuned his orchestra. The acoustics of the auditorium were so strong that the vibrations of his instrument made by body shiver with excitement. Once the conductor came out, he got the group to start playing a symphony by Shostakovich almost immediately. The violin section was going through the runs of the first movement without hesitation. Their perfect synchronization made me think that there was absolutely nothing else on their minds other than giving a strong performance. Once the powerful brass section came in, the tone of the piece changed: their evil sound contrasted with the lightness of the strings. This resonated with the sentiments I was having at that moment. This was the first time I felt as though my mind was preventing me from enjoying music.

My friend, who was seated next to me, noticed I was worried and put her hand on my shoulder. “Paula, there’s nothing to worry about anymore. We made it here safely,” she said.

I took a heavy breath and started carefully listening to the piece. My body was still and I was put in a trance as I started remembering what had happened hours earlier.

The bus had taken its first stop when my group arrived at a park. We had crossed the Canadian border an hour prior and everyone needed to stretch out their feet. This was a new experience for me: leaving the United States for the first time in about 15 years. People like me don’t get opportunities like this.

We all got out of the bus and watched in awe as a beautiful sunset was kissing the Montreal skyline and the St. Lawrence River below her. I stood watching the landscape for a while as my peers took pictures around me and walked around the park. Suddenly, I felt my friend’s hand land on my shoulder and heard her say, “Feels good to finally be here, doesn’t it?”

Her words relieved me as my heart started growing anxious from remembering what had happened an hour earlier. She understood how worried I was when the border security called out my name while our class was waiting on the bus.

“Can I have Ms. Chirinos step outside?” he yelled from outside the bus.

I exchanged looks with my teacher. We had prepared for this moment months ahead. I walked out of the bus with her and we headed towards a large, white building. It was almost empty on the inside.

“May I see your passport?” he asked me from behind a counter.

I hesitantly handed him my Peruvian passport. He inspected it carefully and followed by asking me if I had ever committed any criminal offenses.

He smiled and remarked, “Hmm, I don’t know about that. You look a little suspicious to me.”

My heart sunk and I had no response for him. My teacher broke the heat of the moment when she started laughing and conversing with the officer. I sighed in relief and my heartbeat started to slow down. I remained quiet as we headed back to the bus. The orchestra needs you to clear your head so you can properly lead them tomorrow, no need to worry anymore, I told myself as I got back to my seat. I needed to enjoy this trip, not just for my sake but for that of my parents who went through a lot of work to get me here.

The sunset was sinking into the water as my classmates and I got back on the bus. Once we reached the city, I looked out at the tall buildings that made up the heart of Montreal. I started feeling a strong sense of guilt, wishing my parents and brother could’ve been here with me. It seemed so unfair to me that I was going to be enjoying myself in Canada while they were stuck at home. It’s just not right that we have to live in fear of not being able to get back into the country once we leave the U.S. It’s just not right.

The piano player sitting in the middle of the stage overshadowed the rest of the orchestra. The somber tune tugged at my heart forcing teardrops from my eyes. I was fragile like a child.

“Mamá, when will we be going back to Peru?”

I got the same answer every time I asked her this question: “We’re going to be staying here for a while, Paulita.”

I couldn’t bear to think about how much pain she was hiding for my sake. She was separated from her parents, sisters, nieces and nephews. The same was the case for the rest of us—my dad, brother and I. If we even thought about going back to Peru, there was the fear that we wouldn’t be able to return to our home in America.

The pianist started off the movement with a mocking tone. The rest of the orchestra mimicked his melody and the whole piece consisted of variations of this theme. This repetitive nature made me nervous. “Immigrants are dangerous... Immigrants are a threat to national security... They just want to take our jobs...,” were statements my family heard time and time again on the news and from members of our community. We never dared to challenge their statements. I was taught to never even talk about my family’s immigrant status.

“Just try to act like the rest of your classmates, Paulita, just like your brother.” This was the motto we followed for years hoping that someday we’d get the chance to enjoy all the opportunities that any regular citizen in this country has, but alas, this dream was never realized. This is our reality. We have been living in this country for over 15 years. We’re a typical Americanized Hispanic family, but, at the same time, we’re treated as foreigners and criminals trapped in a country that is conflicted about accepting us. And now, here I am, sitting in a fancy concert hall in Montreal watching a world renowned orchestra.

The first piece had ended. My heart was still racing and began to follow the ominous beats of the giant timpani drum on stage. My eyes wandered towards my peers who didn’t seem to have a care in the world at that moment. I wish I could’ve been the same way. I didn’t want to be here anymore.

← “No puedo” by Helen Dorado Alessi
"The Day I Call 'Why?'" by Tanasha Gordon →
"Montreal" by Paula Chirinos