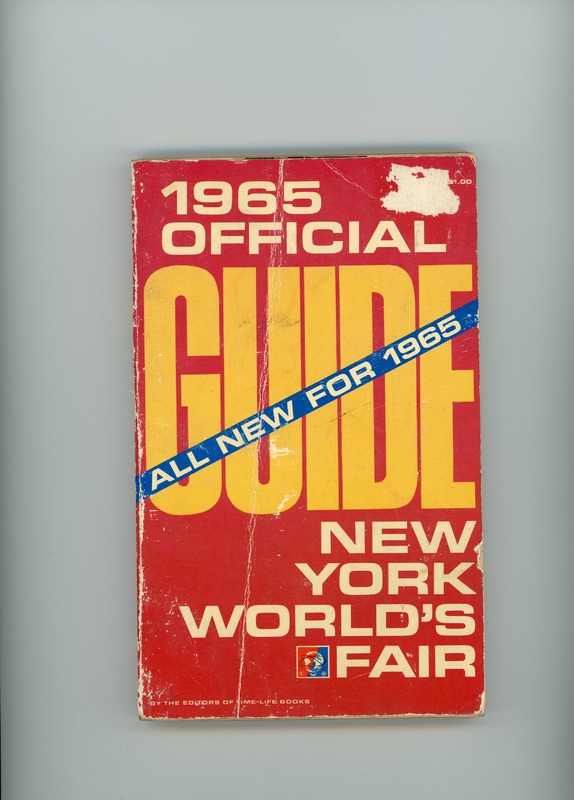 The popularity of the Official Guidebook of the World's Fair re-emerged in 1964 and 1965, proving once again its necessity to visitors. This 1965 edition contains maps, schedules, and ticket information, along with other logistical material. Unlike its 1939 predecessor, this book contains vivid color photographs of the pavilions and exhibits. Perhaps one of the most breathtaking entries is its display of the artworks shown at the Vatican Pavilion, including Michelangelo's famous Pieta. The masterwork left the Vatican for the first time for its display at the fair, where it rested behind a state of the art bulletproof screen. Moving walkways of various heights, an innovation described in the guidebook, allowed millions of visitors to view the piece from multiple angles.