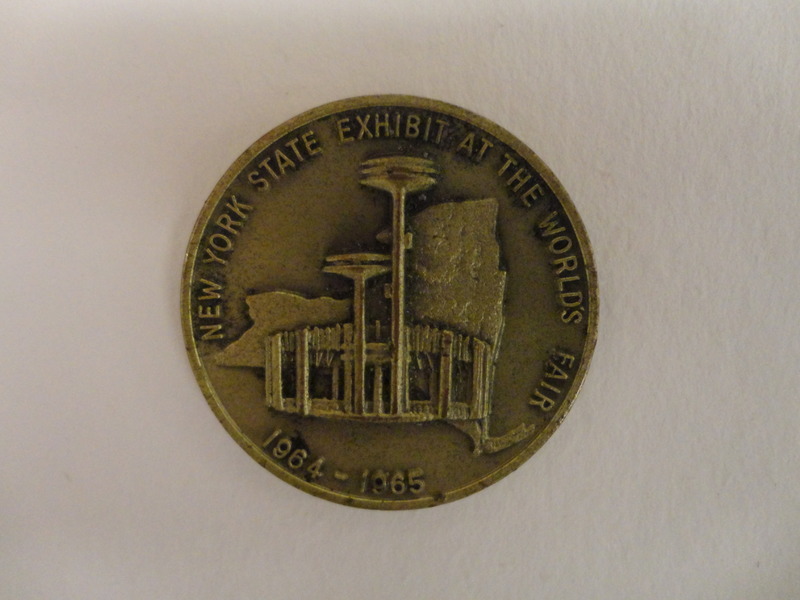 The Tent of Tomorrow, unfortunately a deteriorating relic today, was an icon of the 1964 World's Fair, visible for miles around and from several highways in the surrounding area. This coin shows the New York State Pavilion, which contained the multi-colored Texaco Map on the floor and the state's exhibits, along with the soaring observation towers. 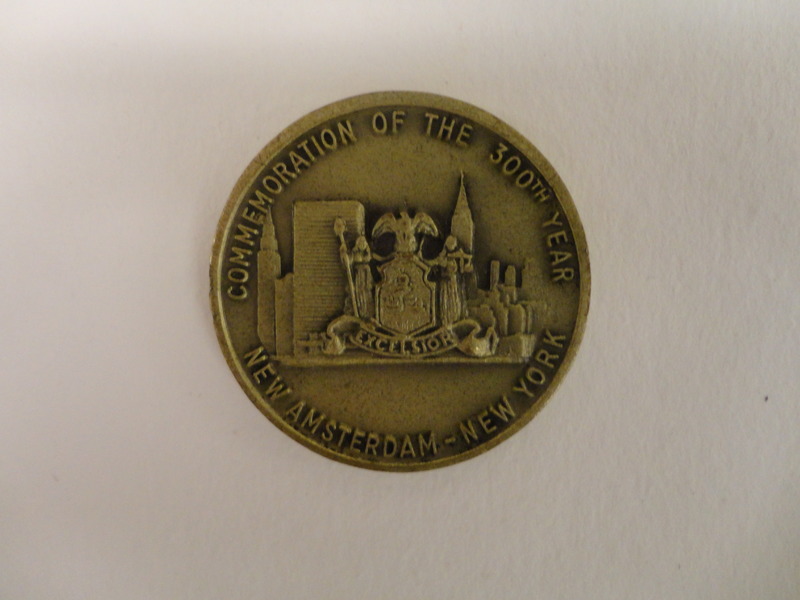 The “Empire State” had much to boast about as the host of the 1964 World’s Fair. This reverse view of the coin above demonstrates a celebration of the 300th anniversary of the State of New York, a date made possible by the inclusion of its past as "New Amsterdam." The state's seal is artfully set upon a background of the Manhattan skyline. 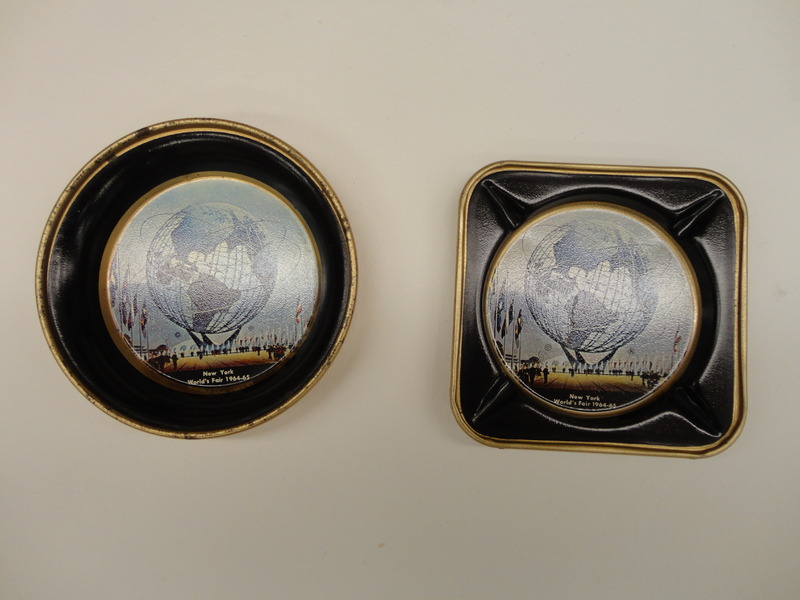 Like its 1939 predecessor, the 1964 New York World's Fair generated tens of thousands of different types of memorabilia, including this coaster (left) and ashtray (right). As a set, they reflect the importance of the Unisphere as the most popular and symbolic representation of the fair.