The George Washington Statue at the 1939 World's Fair 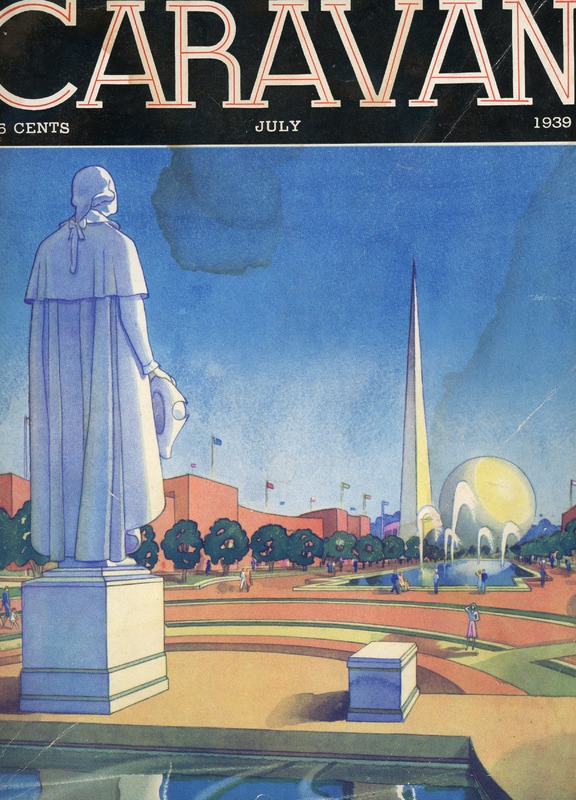 The stalwart, resolute gaze of George Washington bore down upon every visitor to the Fair, reminding them of both the struggles of an infant nation and the immense amount of work still left to be done to achieve greatness. To view the statue was both a formidable and reassuring sight.

This issue of Caravan from July 1939 shows an illustrated view of the George Washington statue that stood in the Constitution Mall between the Trylon and Perisphere and the Lagoon of Nations. The grand opening of the Fair on Sunday, April 30th, 1939, commemorated the 150th anniversary of Washington's inauguration as President in New York City. 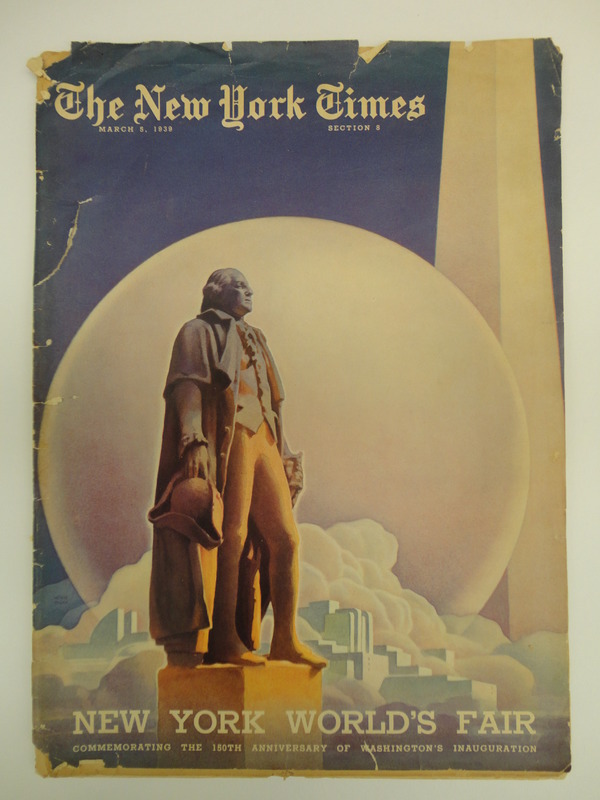 This insert from The New York Times, published March 5th of 1939, just before the fair's grand opening, commemorates the president's inauguration and discusses the construction of the statue at length. It includes a piece on how it was purposefully placed so Washington faced the future, symbolized by the Trylon & Perisphere.