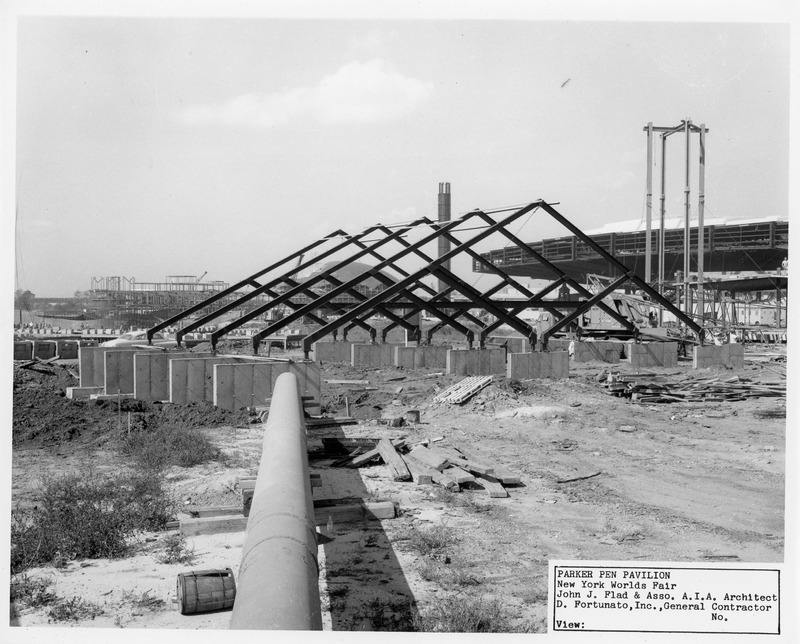 With the new theme of "Peace Through Understanding," the 1964 World's Fair sought to promote new technologies into the international spotlight in order to create one, unified, and connected world. The Parker Pen Pavilion, shown here in early stages of its construction, was one of the most popular exhibits at the fair. A computer, a technological tool that was both rare and remarkable at the time, matched up each visitor to an international pen pal within seconds. The computer used the participant’s age, interests, and other qualities into account when choosing a match. The exhibit sought to further the fair's idea of international cooperation. 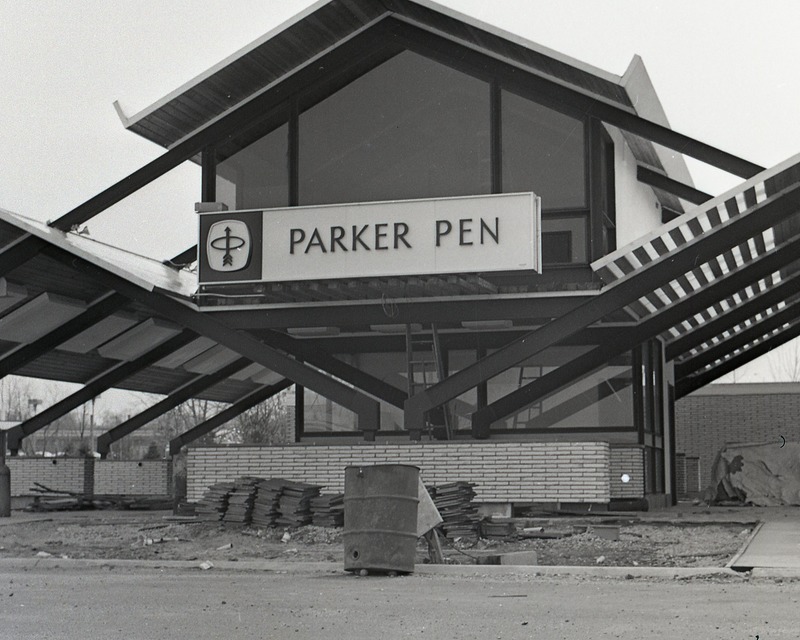 Less than a month before the Fair's opening, the Parker Pen Pavilion can be seen nearly completed in this photograph. Builders worked around the clock to finish the project before the opening day. According to the April 27th, 1964 issue of the Newsday, the fair attracted nearly 400,000 visitors in its first weekend.