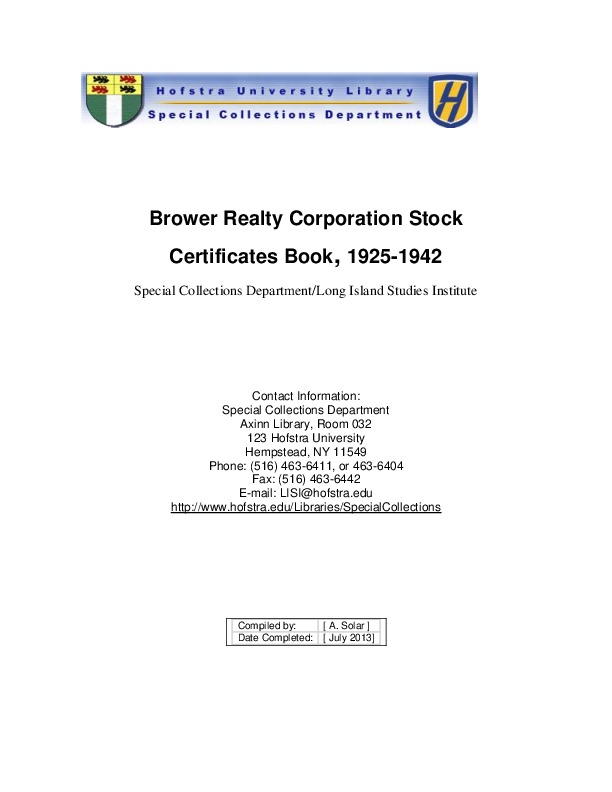 Born in Woodmere, N.Y., in 1885, Howard Brower was the son of Amanda Frost and Cornelius Remsen Brower. He was president of the Long Island real estate firm Brower Realty Corporation. His brother Ira Gilson Brower, born in 1886, served as secretary of the firm until his death in 1928, at which point Howard’s wife, Lynette, became the company’s secretary. (Lynette was born in 1884 to Raymond W. Tompkins and Emma F. Roscoe.) Howard died in 1956, and Lynette died eight years later in 1964. They were survived by their two children, Howard Raymond Brower and Lynette Brower.

The collection contains a Brower Realty Corporation stock certificates book. Included in the book are stock certificates, receipts, a letter from the president of the Peninsula National Bank of Cedarhurst, and a notice from the Supreme Court of Nassau County regarding a 1929 dispute with Ira’s widow, Vivian E. (Still) Brower, over the whereabouts of  Ira’s stock certificates. 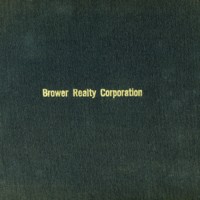 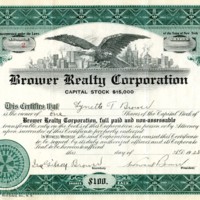 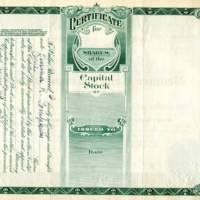 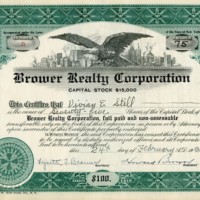 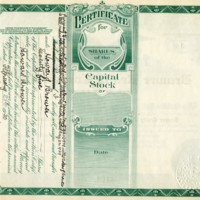 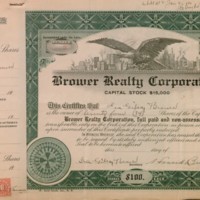 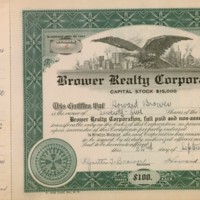