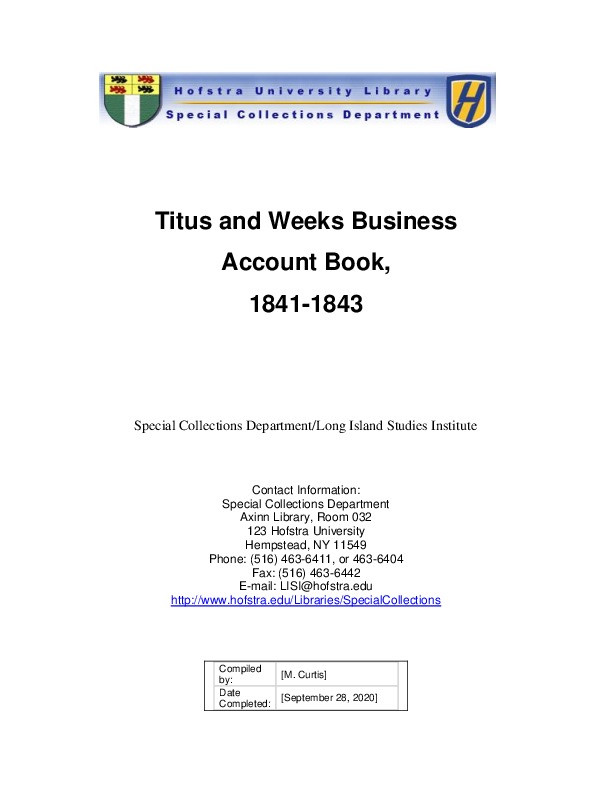 This collection is comprised of a lumberyard and brickyard account book that belonged to Silas Titus and James Weeks. Jacob Titus joined the business in 1842, presumably replacing Silas Titus as Weeks’ partner. The business was located in Oyster Bay, N.Y. Silas Titus is likely to have been the husband of Mary Titus (1815-1891) and died in 1842, warranting Jacob Titus to replace him in the business.  James Weeks is possibly the son of Samuel Weeks (d. 1832) who dies in 1852.

The majority of the book contains records of transactions that span the years 1841-1843, recording purchases of lumber, brick and lime, timber, shingles, and sundries, as well as payroll for the business’ employee, Robert Fenton. The account entries cover the period during Silas Titus and James Weeks’ partnership, then later under the shared ownership of Jacob Titus and James Weeks. Several members of prominent Oyster Bay families had accounts with Titus and Weeks, including the Albertson, Hicks, Onderdonk, Nostrand, Titus, Willets, and Weeks families.

The book also contains a detailed genealogy of several intermarried Oyster Bay families, beginning with Cornelius Bradford in 1729 and ending with Mary Vandervoort Gage’s death in 1902. Members of the Bradford, Gage, Duscomb, Onderdonk, Underhill, Vandervoot, and Weeks families all appear in the genealogy. 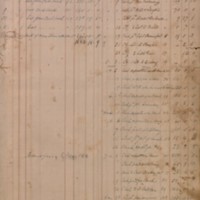 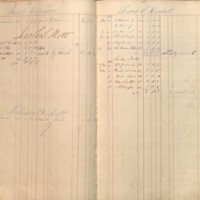 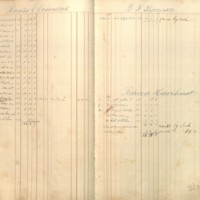 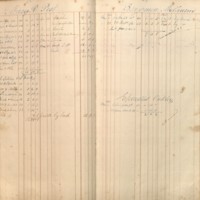 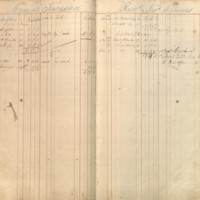 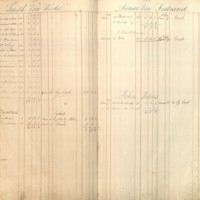 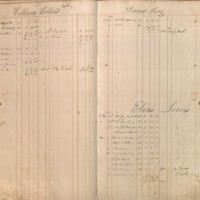 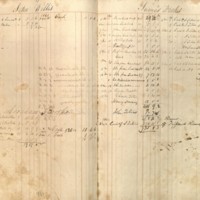 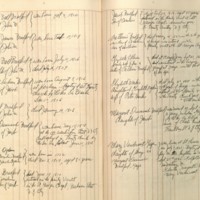 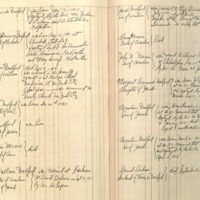 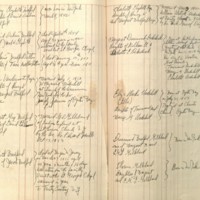 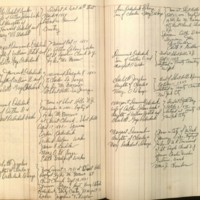