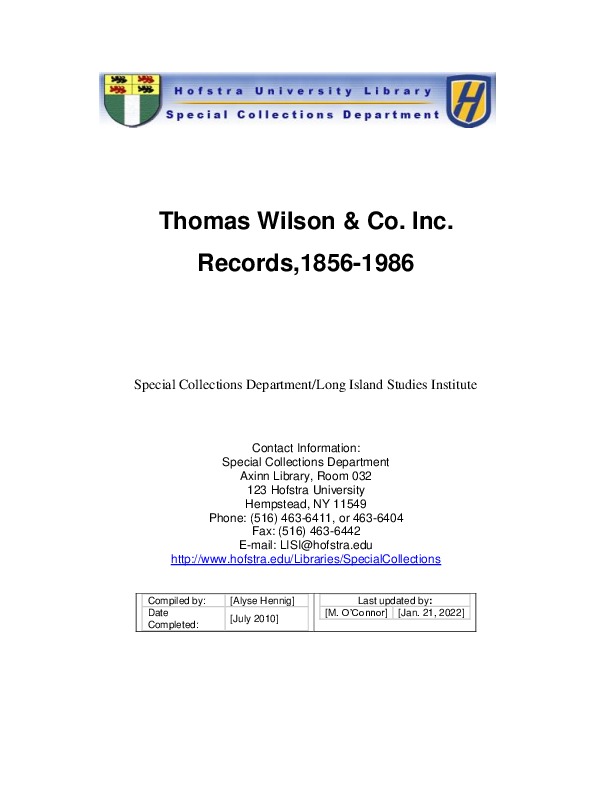 In 1839, George and Robert Wilson established their lace business at 102 Liberty Street in New York. Thomas Wilson later joined his two brothers, serving as President of the business until 1908. R.W. Baldwin became the owner until 1916 when the business was incorporated. In 1918, the company decided to focus more on domestic markets, purchasing American made lace from Samuel H. Roberts and son of Alton, R.I. This business relationship led to the formation of the Port Jefferson Lace Co. Inc in 1921, on the site of former Porter Automobile factory in Port Jefferson Station, Long Island, NY. Thomas Wilson and Co. Inc had exclusive rights to the sales of Port Jefferson Lace Co. Inc, until they consolidated several years later. Generations of the Roberts family continued the business, which saw huge growth in the number of looms and overall size of the company.

The year 1939 saw Closed Union Shop negotiations between Weavers and Management and began a new affiliation with the Amalgamated Lace Operatives of America, including an auxiliary section. During WWII, Company President Henry Giebel served in Washington as Deputy Director of the War Production Board, Textile Division. Large lace looms were converted to produce close and wide mesh nets for camouflage and mosquito netting. The company was commended by the Engineering Division of the War Department for the specially designed nets of superior quality.

The 1940’s and 1950’s saw many changes and improvements for Thomas Wilson and Co. Inc. By 1943, the Newburgh, New York plant for Bobbinet netting was added (the former American Bobbinet Company). Additional buildings were built at the Port Jefferson plant. The company had 75,000 square feet and over 250 employees. In addition, retirement plans and benefits were provided at no cost to employees. In 1950, Giebel and Roberts relocated the Newburgh division of the plant to Port Jefferson Station for closer supervision and proximity to modern dyeing facilities. The Wilson warehouse and shipping department at 29 W 36th St was moved to a modern building in Port Jefferson, while show rooms and executive offices were moved to 200 Madison Ave, New York.

All of these changes required moving many important and experienced employees. Giebel and Roberts purchased 10 acres in order to build 25 homes for workers and their  families, which became the Westport housing development. In appreciation for the many dedicated employees, those with over 25 years of service were presented with gold engraved watches in 1950. In May of 1952, the company gained membership into the One Hundred Year Association. Thomas Wilson and Co. Inc was America’s oldest lace house with branches all over the country. Samuel H. Roberts, Sr. is credited with guiding the destiny of the firm due to his vast knowledge and experience in the business. Samuel H. Roberts, Jr. (Harry) eventually took over with help from his son Warren C. Roberts.

By 1971, the Thomas Wilson lace company had approximately 7500 different designs and 5 designers. It took 6300 punch cards to make one design on a Levers lace loom, each run by “twisthands”. The company sold mostly trimmings, stretch materials and surgical garment. As fashion changed over time, lace that was used originally in dresses was being used more frequently in lingerie. Due to the eventual resurgence in home sewing, the company opened their first store, the Inside Outlet Mill Store.

Thomas Wilson and Co. Inc was forced to shut down after 147 years of business, in 1986. The Port Jefferson plant was in operation since 1921. Mr. Warren Roberts retired from his position as Vice President, and Mr. Walter Turner, plant manager, took over all plant operations. The company was having trouble due to a lack of business, the mortgage and loan, as well as with negotiating the sale of the factory and equipment upon closing. Several employees were laid off a few months before company finally closed completely. Many employees were saddened by the closing of the Thomas Wilson lace company they had been with for so many years.

The Thomas Wilson and Co. Inc collection provides an historical view of an early Long Island business, which was also one of the largest lace manufacturers and sellers in the country. The materials date from 1856, all the way to the company’s closing in 1986.

The collection includes three original business ledgers, one from 1856-1859 and two from 1924-1934, showing accounts and business transactions with clients, and information such as wages and leave, expenses, repairs and factory supplies. There are two antique lace winding machines original to the Thomas Wilson lace company. One machine is a hand-cranked cast iron winder circa 1870 with threads still on the spinning arms, the other is a brass and steel winder. Four original lace samples are included, still on the original cardboard stating the company name, material, length and patent number. The business papers include an original Form 1096 Annual Information Return from 1931, a map of the property in Port Jefferson (1972), an aerial photograph, and an extensive appraisal report and analysis of vacant land sales from 1985. There are also several newspaper articles featuring the Thomas Wilson lace company, describing the factory, major events and important people throughout the company’s history. 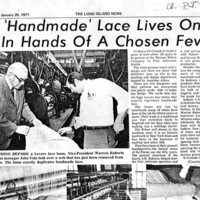 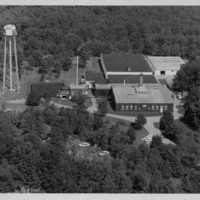 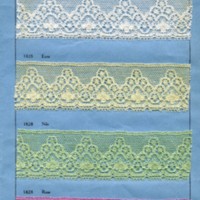 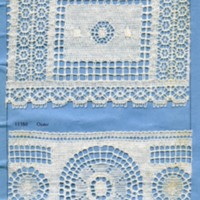 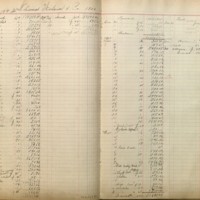 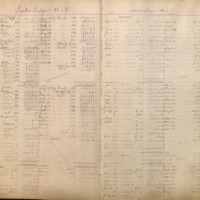 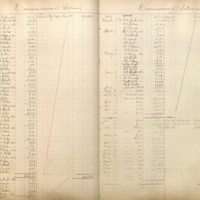 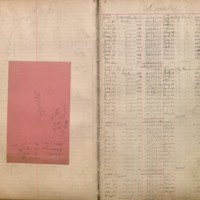 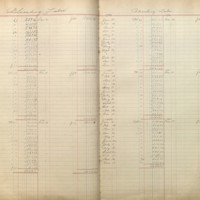 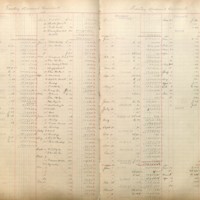 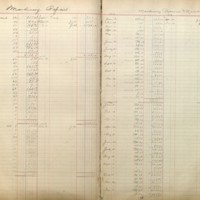 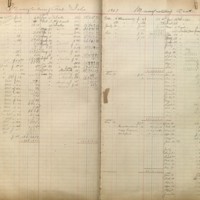 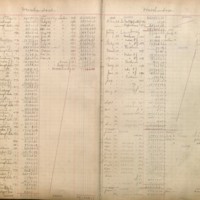 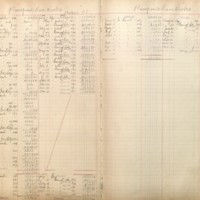 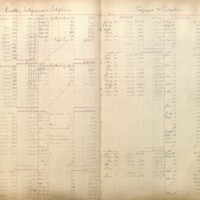 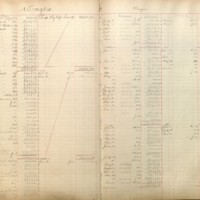