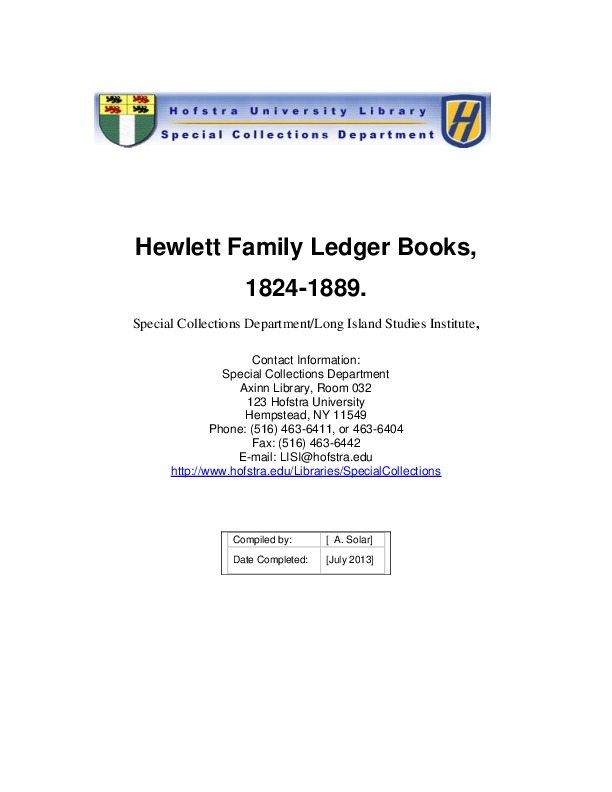 Oliver Titus Hewlett and Joseph Hewlett were born in Rockaway, N.Y., to Sarah Titus Hewlett and Oliver Hewlett, both of whom were originally from Hempstead, N.Y. The two brothers were partners in a mercantile business, O. T. & J. Hewlett, in New York City. Much of their business revolved around the sale of cotton, but they also sold dry goods and other items. In 1846, they withdrew from the mercantile business and, in the years that followed, attempted to collect on all outstanding debts owed to their firm. Oliver Titus Hewlett died in 1852, at Hempstead, N.Y., and by 1854, Joseph Hewlett appears to have resolved all financial matters concerning what he once described as “the late firm of O. T. & J. Hewlett.” He died in 1875, also at Hempstead, N.Y.

Oliver and Joseph’s brother Peter Titus Hewlett was an agent for the Glen Cove Mutual Insurance Company, which was founded by the citizens of Glen Cove in 1837, and which specialized in fire insurance. Peter inherited the family house in East Rockaway, N.Y., where he lived until his death in 1885.

The collection includes six ledger books of O. T. & J. Hewlett, including a petty cash ledger; a bill book containing “payable” and “receivable” bills of the firm; two bank ledgers, one labeled “Fulton Bank," and one simply labeled “O. T. & J. Hewlett, Oct. 1938,” from an unidentified bank; a cash ledger; and, a letter book containing copies of letters that provide a running account of the business dealings of O. T. & J. Hewlett. Many of the letters sought payment of outstanding debts, while others dealt with the sale of building lots in Detroit, Michigan.

The collection also includes two ledger books belonging to Peter T. Hewlett. The first, a Glen Cove Mutual Insurance Company ledger, contains receipts and notes of various business dealings as well as a list of certificates read at company meetings in Near (now known as East) Rockaway and Hempstead, N.Y.  The second, a cash ledger, contains a running account of Peter’s business dealings as well as various letters, notes and certificates. The entries in this ledger mainly span the years 1865-1885, but there are also a small number of entries from 1889, which was four years after Peter’s death. Labeled “accounts of Barn brought over,” these entries are presumed to have been made by another Hewlett family member. 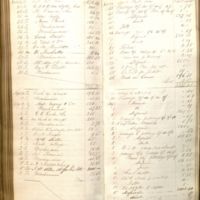 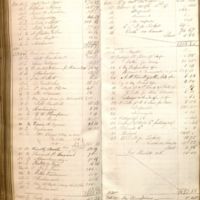 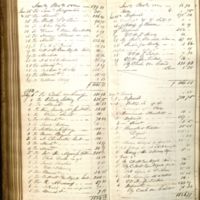 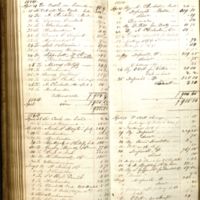 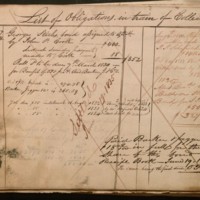 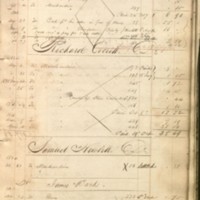 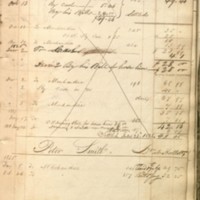 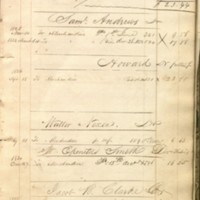 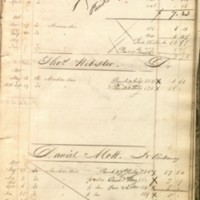 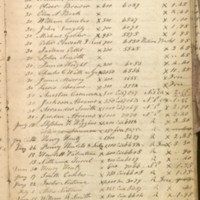 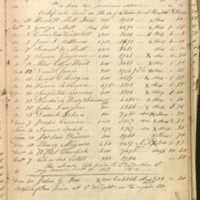 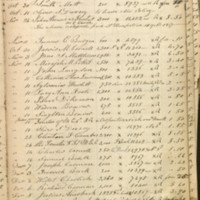