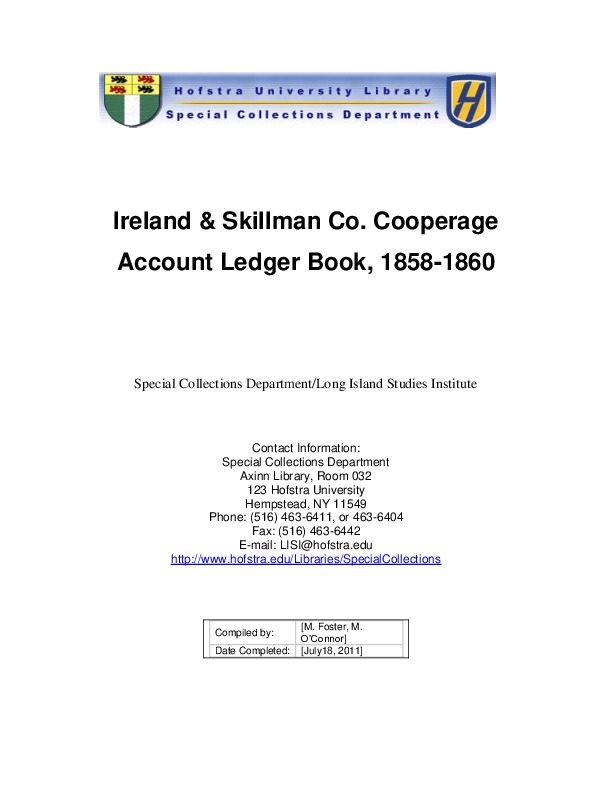 John O. Ireland and Joseph H. Skillman were the principals of the Ireland & Skillman Co. They operated as ship agents in Greenport, N.Y., during the 1880s. Situated on the eastern end of Long Island’s North Fork, Greenport was a center for whaling and shipbuilding during the eighteenth and nineteenth centuries.

The collection is comprised of one small cooperage account ledger book of the Ireland & Skillman Co. The book, which spans the years 1858-1860, contains eight pages of ledger entries concerning the cooperage account. Of note among the records is a June 1858 entry concerning wealthy businessman David G. Floyd, grandson of William Floyd, a signer of the Declaration of Independence. The book also contains fourteen pages concerning the milk account of a Mrs. Davis. These undated entries most likely were written by a later owner of the book. 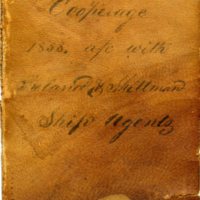 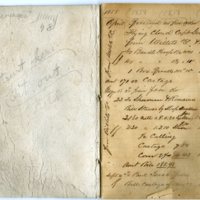 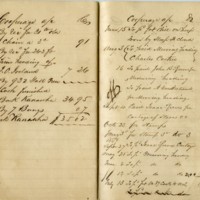 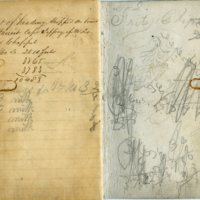