William Rosamond Saxton (1809-1877) was a shoe store merchant in Port Jefferson, NY. He owned and operated W.R. Saxton and Sons, a shoe and boot store located at 150 East Main Street in Port Jefferson. He married three times during his life. His first wife was Jemima Bishop, by which he had four children: Thomas Hammond, William Wallace (died 1 year), William Wallace (1841-1905), and George S. (1836-1915)…Thomas Hammond Saxton (b. November 21st, 1831) owned a boot and shoe store in Port Jefferson, NY. The shop was located at what is now 150 East Main Street.

Thomas Hammond Saxton was William’s oldest child and he later assumed ownership of the boot and show store sometime after 1869. The store was renamed T.H. Saxton’s Boots. Thomas married Hannah M. Gildersleeve on December 30th, 1852. The couple had one child, Clarence, who died at the young age of 6 in 1859. In addition to his profession as shoemaker and shop owner, T.H. Saxton also served as a supervisor of customs in Port Jefferson for four years in the 1890s and was a Justice of the Peace. He died on September 9th, 1912.

This collection is comprised of a four-volume set of day books for W.R. Saxton and Sons and T.H. Saxton, the shoe and boot store owned first by William Rosamond Saxton, then later by his son, Thomas Hammond Saxton. 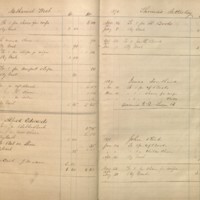 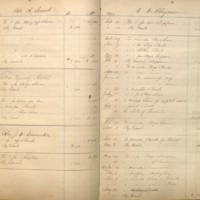 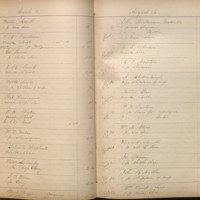 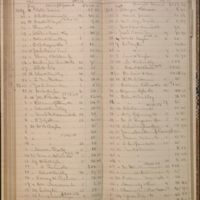 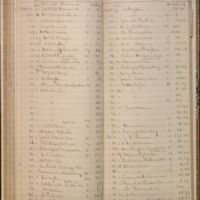