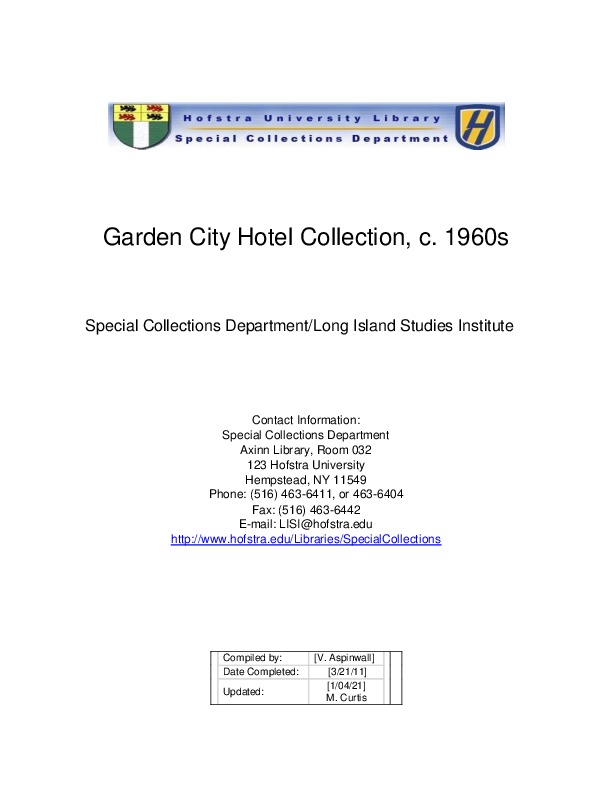 The Garden City Hotel was constructed in 1874 by A.T. Stewart, the noted Irish-American entrepreneur and real estate mogul, at the cost of $150,000. It opened on July 30, 1874. The hotel has continually been expanded and remodeled since that time, starting in 1895 when a nine-hole golf course was added. On September 7th, 1899, the hotel was destroyed by fire, allowing for its third and most famous incarnation to be opened on the site in 1901. This hotel became the getaway for a mutlitute of the rich and famous such as the Vanderbilts and the Pierpont Morgans. Most famously, Charles Lindbergh rented a room at the hotel the night before his famous transatlantic flight, but never actually stayed in the room, choosing to take a nap at the home of a nearby friend instead. Nevertheless, a suite at the hotel bore Lindberg’s name for years to come.

The hotel’s fortunes declined as the 20th Century progressed, and it declared bankruptcy and was demolished in 1973. A fourth incarnation of the Garden City Hotel opened on May 20th, 1893 and remains in operation today. It is currently owned and operated by the Preferred Hotel Group

The collection contains signage and advertising brochures from the hotel originating during the 1960s, as well as ephemera including a bar napkin and hotel bathmat. Notable in the collection is the sign that formally hung outside the Charles Lindberg Suite. 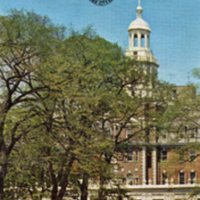 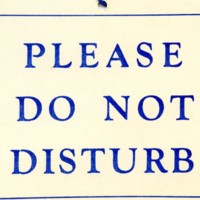 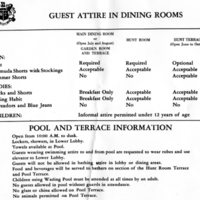