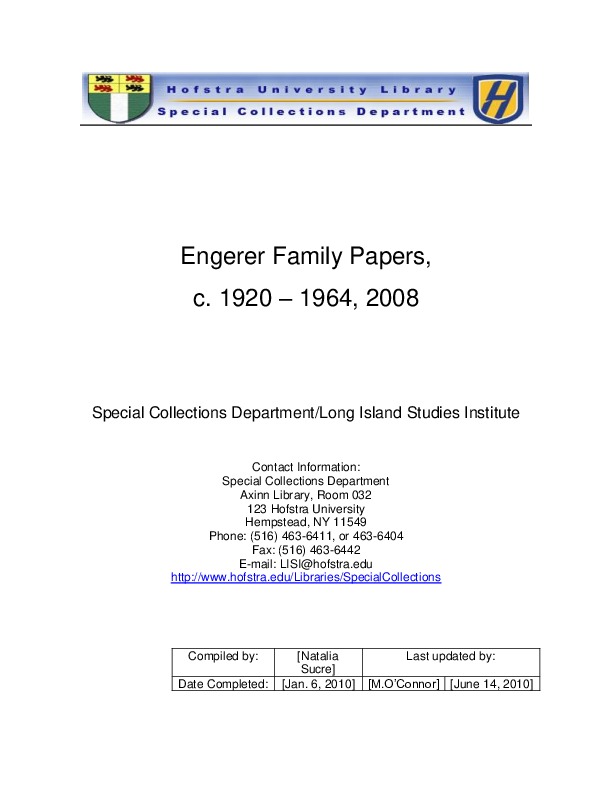 Captain Ernest Engerer was a wild animal trainer, born in Germany in 1893, who immigrated to the United States circa 1914 where he settled along with his brother, William Engerer, on Long Island.

Born into a Bavarian family with a long tradition in wild animal training, Captain Engerer began his vocation as a child, trained at the famous Hagenbeck Training School in Hamburg, and on graduating worked as a wild animal trapper for the Hagenbeck Company. A stint with the German imperial army in South West Africa earned him the title he would use throughout his career as a trainer and performer in the United States. After 1918, he also became known professionally as “the one-armed” lion tamer, due to an incident during a performance in which a wild cat attacked him and chewed off his arm.

After losing his arm, Captain Engerer turned from working exclusively with wild cats to raising and training dogs, specifically German shepherds. As a trainer of both dogs and wild cats, Captain Engerer was an advocate of the late-nineteenth century method known as “kindness training,” popular at the Hagenback Training School. During the 1920s, he established a kennel and dog training academy in Laurelton, Long Island and became involved in training dogs for police work, offering his own dogs’ services to the police in several criminal cases. Throughout the decade Captain Engerer traveled around the east coast with his young son, Ernest Engerer, Jr., performing in acts that showcased his dogs’ training. Several of his dogs became among the first canines to work for the American stage and film industry.

In 1930, Captain Engerer returned to his initial focus on wild cats, winning the World Championship in Wild Animal Training held in Cleveland and going on to perform widely with his lions, including regular appearances with the Works Progress Administration Federal Theater Circus after its creation in 1935. He continued to perform wild animal acts for the rest of his career, traveling throughout the war years to entertain the troops in army camps and taking his show abroad in the fifties to Cuba, Latin America, and Spain.

In his later years, Captain Engerer settled in North Carolina and continued his wild cat performances in various small shows and amusement parks. As the years passed, Captain Engerer experienced an increasing number of attacks from his wild cats, often during performances. The Captain found his death in 1964 during a wild cat act when Monte, a lion he had worked with for 12 years, attacked and killed him in front of 25 spectators during a performance in an amusement park in Winston-Salem, North Carolina.

The “Engerer Family Papers” consists of family and business papers relating to Captain Ernest Engerer’s career in the United States circa 1914 to 1964 as an animal trainer and animal act performer. During his career work with animals, mainly wild cats, ponies, and police dogs, Captain Engerer ran a kennel and dog training academy on Long Island as well as a small traveling circus. The collection includes family and business photographs; performance flyers, programs, posters, advertisements; business papers; news clippings; and an oral history. These provide information on how a small-sized, family owned animal training and animal show business operated in New York state over a fifty-year period that saw the national rise and decline of the big-top corporation circus.

Noteworthy items: News story on a circus performance Captain Engerer organized exclusively for the entertainment of Jewish children in Brooklyn in 1935; brochure on the Works Progress Administration Federal Theater Circus 1939. 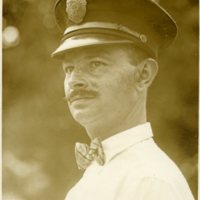 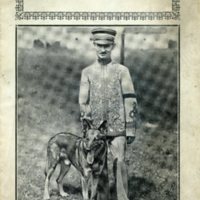 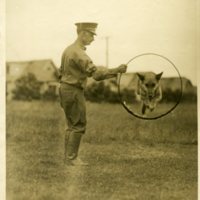 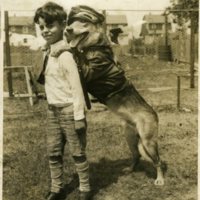 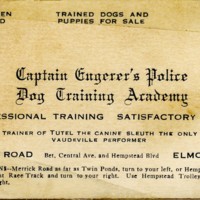 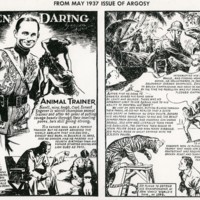 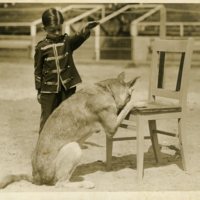 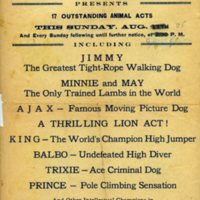 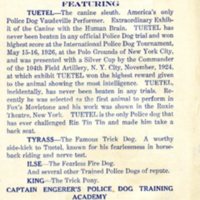 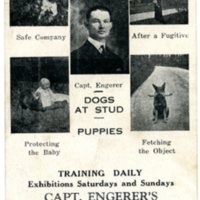 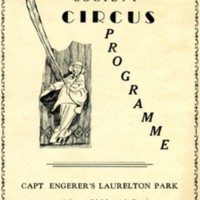 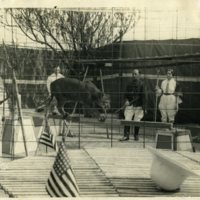 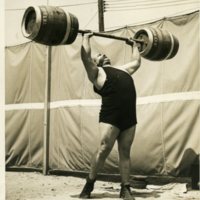 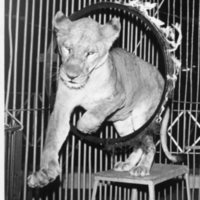 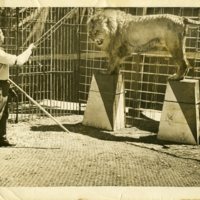 Captain Engerer performing with a lion. 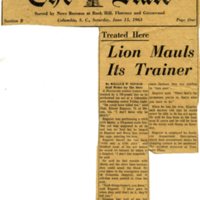