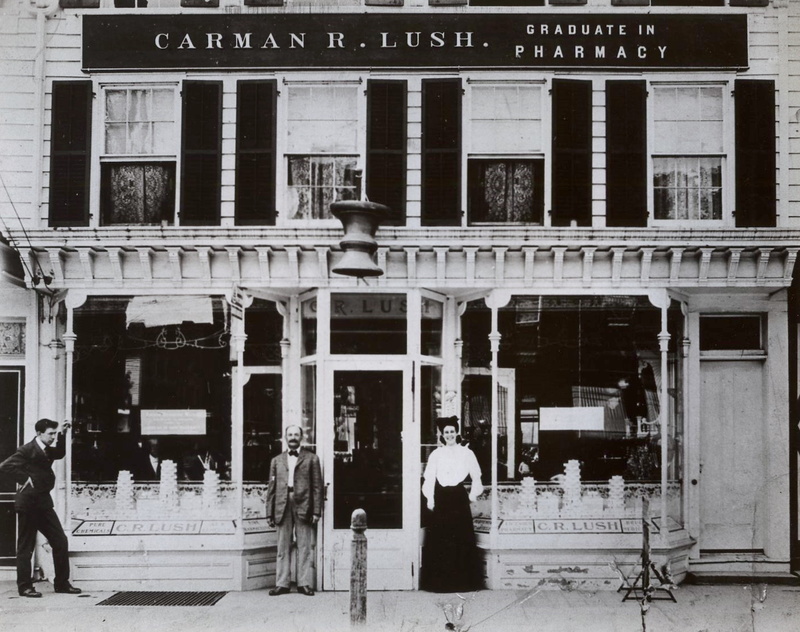 Carman R. Lush Pharmacy, on Front Street. Lush (2nd from left) and an unidentified man and woman are standing in front of the building.

The Hempstead Photographs digital collection contains original photographs that range from c.1900s-c.1960, and facsimiles that span from c.1880s-c.1930s. It is composed largely of photographs of retail businesses in the downtown area of Hempstead Village from the late 19th century through the first quarter of the 20th century. Included among these businesses are banks, clothing stores, hardware shops, hotels, restaurants, and supermarkets.

The collection also includes photographs of various buildings, including churches, libraries, municipal buildings, private homes, schools, and theaters, along with events such as fire department parades and World War I military funerals.

This collection was created with a grant from the Robert D.L. Gardiner Foundation. 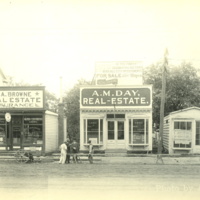 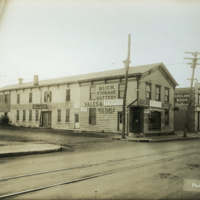 Buck Battery and Radio Shop and the Nassau Garage Building 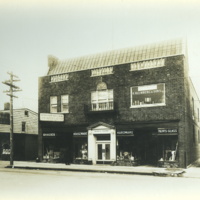 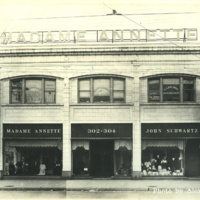 Building on southwest corner of Little Main and Front Streets 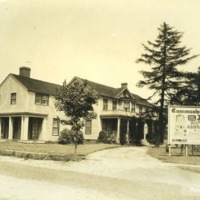 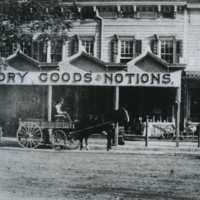 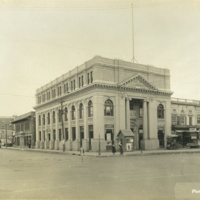 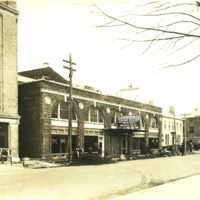 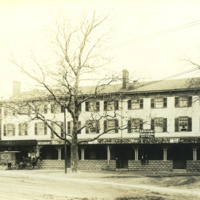 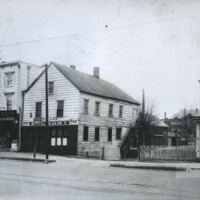 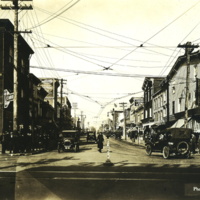 Main Street, looking north, from across intersection of Front and Main Streets 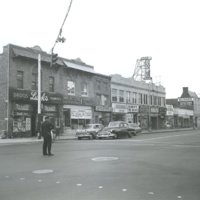 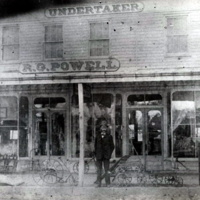 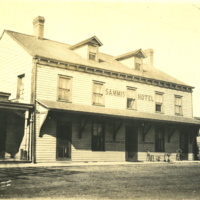 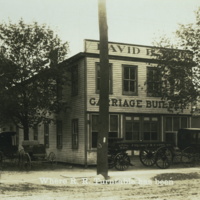 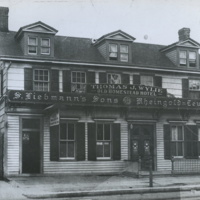